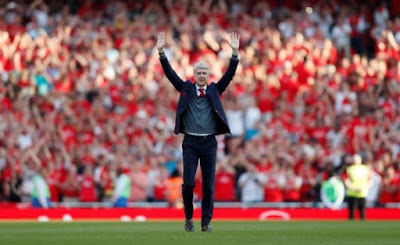 Outgoing Arsenal manager Arsene Wenger says a new European competition will revolutionize the sport in the next few years and force Premier League matches to be played midweek instead.

The Frenchman has guided Arsenal through a fair share of changes throughout his almost 22-years reign in north London and believes that a European super league will be the next major development.

“The next evolution… in a few years you will have a European league over the weekends,” Wenger told British media.

“A domestic league will play Tuesday-Wednesday. That is the next step.

“It will happen and it will be soon because it is a way for other clubs to fight against the Premier League.”

The 68-year-old said that a new elite competition was imminent as big clubs across Europe were unhappy with the current distribution of revenue from domestic TV income with their smaller counterparts.

“It is inevitable… Why? Because the big clubs will say that if two smaller clubs are playing each other nobody wants to watch it.

“People want to watch quality. So we have to share the money but nobody is interested in you,” Wenger added.

“If you want to make it (Premier League) more attractive you have to go down to 16 (teams) and make a real competition of it.

“It will be smaller if it (the big teams) goes to Europe.”

“It will be soon because it is a way for other clubs to fight against the Premier League,” Wenger said.

“There’s a contrast there because if you look at the audiences of the Champions League it is not fantastic.

“But if you have Real Madrid v Barcelona, or Real Madrid v Arsenal, or Manchester United v Bayern Munich every week the audiences will be good.”

Wenger will lead Arsenal for the final time in Sunday’s league match against Huddersfield Town.

Chidokeyz ft. Davido – With You