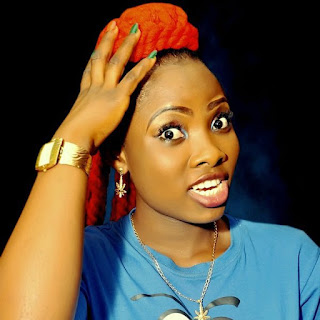 OGUNLADE TEMITOPE popularly known as TOPSY GAGA a.k.a (queen of da hyper) a CONTROVERSIAL female rapper took everyone by surprise hours ago when she congratulate and wished herself a happy married life on her Facebook timeline. 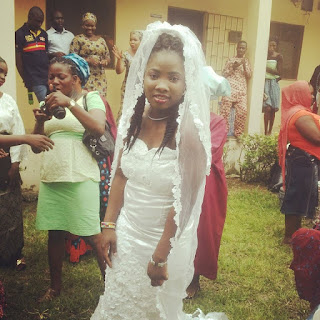 These got everyone wondering how it could have been possible for the rapper to have a secret wedding. It got many asking questions like:  ‘Did Topsy Gaga really get married?’ Who is the groom sef? and lots more.

Topsy Gaga appeared this time without the “Gaga” hairstyle on her, instead on a cool style which also looks good on her.

However, tongues wagging still on who the rapper got married to, caused her fans to speculate is the MH RECORDS Boss Akodaz Apena Baba whom have been sported in most pictures of the rapper but none appeared so intimate. 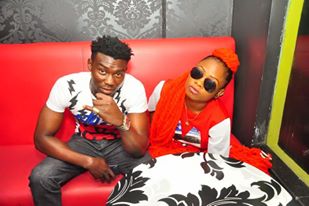 Akodaz Apena Baba whom everyone knows to be her boss/manager has not given any official statement confirming the status of their relationship.

We are yet to find out if she’s truly married and if she is, who’s the hidden bridegroom?

Minister Sam – I Will Declare