Tekno reconciles with ‘Danfo Drivers’ after being accused of stealing ‘Jogodo’ 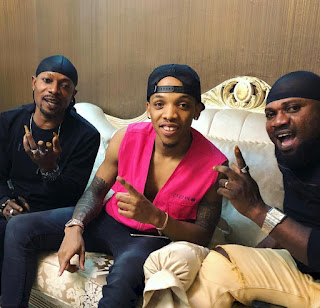 After being accused of stealing their 2008 song ‘Kpolongo’ for his latest single ‘Jogodo’, Tekno reconciled with veteran music duo, Mad Melon and Mountain Black aka Danfo Drivers.

Earlier, Danfo Drivers had accused Tekno of sampling their song without their consent.

Music executive Ubi Franklin reacted to the drama on Instagram, claiming the veterans were indeed reached out to but it was one story or the other.

But now, it looks like all is well as Tekno had gone on to meet the music veterans.