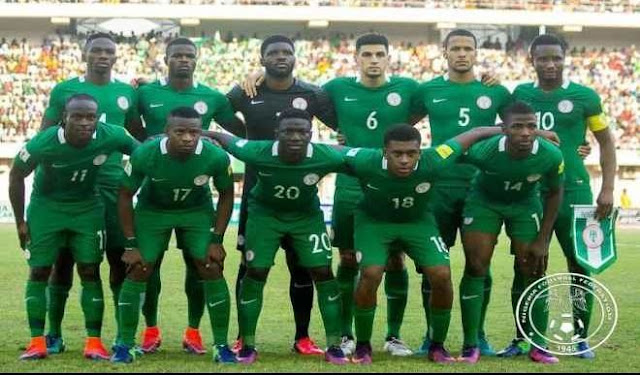 Super Eagles are set to wear their new home kit for the first time when they file out against Serbia in a high profile friendly match at the Hive Stadium in London. The Gernot Rohr- led boys, who wore the away jersey against Poland last Friday, will now have a chance to test the colorful jersey for the first time on Tuesday night.

It will be recalled that the NFF and Nike did unveil the befitting kit at a glamorous ceremony in London last month, bringing back the memory of the ’94 jersey, which represented Nigeria’s glory days.

Baruwa who spoke to Brila FM stated that Uzoho’s confidence will grow by leaps and bounds if he is handed more responsibilities at the goal post. “Uzoho did well overall against Poland, though he had a poor first half, he improved in the second half. My opinion is that the coach should give him another chance to help build his confidence. I think he will come good with time,” he said.

Nigeria will square up against Serbia in the second of five World Cup build-up games at the Hive Stadium on Tuesday by 8 pm Nigerian time.

Messi Out Of Argentina’s Friendly Against Spain

Messi Out Of Argentina’s Friendly Against Spain