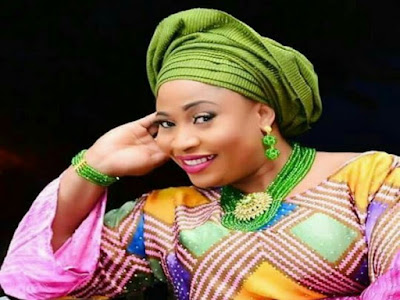 Popular Yoruba actress, Aisha Abimbola, is dead. The actress, who was popular for her role in the “Omoge Campus” movie, passed away in Canada on May 15, 2018. She passed away after a battle with cancer.

Her death was confirmed by fellow actress, Bisola Badmus Adunni, who announced her death on her Instagram page.

Abimbola shot into limelight with her role in the Bola Igida movie, “Omoge Campus.” Her sophomore movie was Eje Adegbenro,” a film produced by Jide Kosoko.

She was also popular for her roles in Papa Ajasco, “No Pain, No Gain,” “Awerijaye,” “So Wrong So Right” and “T’omi T’eje.”

She was also a recipient of the City People Entertainment Award for Yoruba Movie Personality of the Year.

Abimbola got married to her husband Victor Ibrahim in February 2005 and was a proud mother of two beautiful children.

May her gentle soul rest in peace.