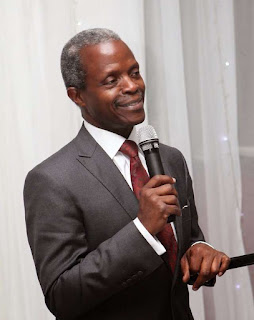 The Vice President of Nigeria says that the Nigeria Police is one of the best in the world. Do you agree with this?

In spite of the cries by many Nigerians over the high-handedness of men of the Nigeria Police, especially in the area of extra-judicial killing and taking bribes, the Vice President, Yemi Osinbajo, thinks otherwise, as he has declared that operatives of the force are rated as among the best in the world.

Osinbajo made the declaration during the foundation laying ceremony for the construction of the Crime and Incident Data Base Centre at the Force Headquarters in Abuja.
In his speech, Osinbajo said:
“The Nigeria Police is one of the very best that we have anywhere in the world and I say so because I have worked with law enforcement agents for many years.
I have served in the United Nations special operations in the justice sector like the UN Mission in Somalia for about a year, and I saw police forces from everywhere across the world.
The Nigeria Police was there too and everybody admitted that they were possibly the most effective on the ground there in Somalia.”
“They were effective because they were better trained, better educated than every other police force that was there; besides, they were well equipped by the UN.”

How To Dress To Your Next Date