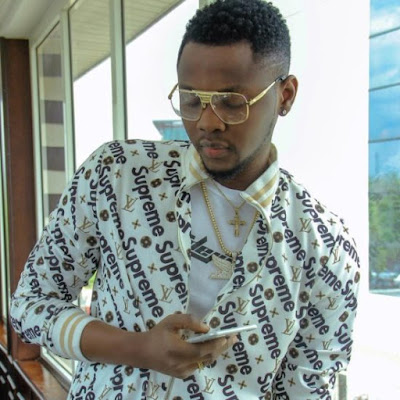 Kiss Daniel who was busted for wearing a fake Louis Vuitton shirt, has finally reacted to the claims as Daddy Freeze contacted him for his side of the story.

The page, @YeezyBusta, shared the photo Kiss Daniel posted on its page and called it fake, and several of its followers in the know, admitted that the product Kiss rocked was indeed a counterfeit.

As the news went viral, Daddy Freeze called out the singer for allegedly wearing a fake LV shirt and described his action as “a crime”.

“Counterfeiting is similar to prostitution, in the sense that it’s not only the prostitute that is a criminal, those patronizing her merchandise are guilty as well.

“Comments like “is it your fake” and “cloth na cloth” only serve to highlight the many shortcomings of this nation, especially with regards to education, enlightenment, exposure and average IQ,” Freeze had written.

Meanwhile, in a new post on his Instagram page earlier today, Daddy Freeze, revealed that he had a phone conversation with Kiss Daniel in reaction to the shirt, adding that the singer blamed it on the stylist who created the look for a video.

On his conversation with Kiss Daniel over the fake shirt, Freeze wrote; “Just got off the phone with @iamkissdaniel and he explained to me that it was the stylist that styled him for the video that created the look.

He also is a strong anti-privacy advocate who, just like me, is against any form of counterfeiting. He further went on to state that he really isn’t big on designer items. He just wants to make good music!

And the good music he does make, I can’t remember ever hearing a bad Kiss Daniels track! Who agrees?

Now I hereby issue a stern warning to ALL STYLISTS! Don’t jeopardize an ARTISTE’s career with fake products. Authenticate your sources ALWAYS! Thank you! ~ FRZ #FreeTheSheeple.”