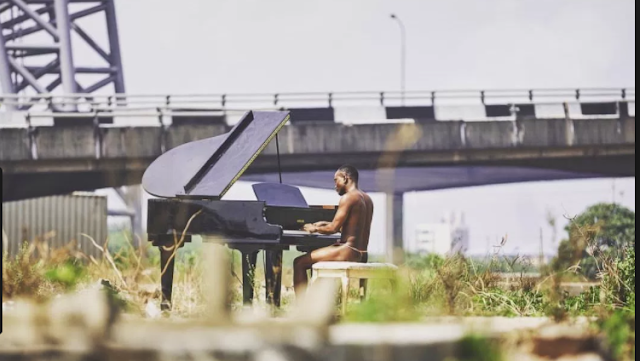 When you think of afro-soul singer, Brymo what comes to mind is an artist who walks the road less traveled. From his controversial album titles to his philosophies, the ‘Ara’ crooner is not your usual Nigerian singer.

For the past few days, the talented singer has been building up buzz for the release of his 6th studio album titled ‘OSO’

Now he’s just pulled a major stunt with the release of a nude photograph of himself. It has been revealed that the campaign is to promote his new album.

In ‘Heya’ video, Brymo can be seen walking about almost naked– save for a brown leather looking piece covering his groin area.

He is also captured playing the grand piano before the camera zooms out to reveal a beautiful above ground shot of the Lagos highway.

The video has sparked mixed reactions from fans

I Will Make WizKid my House boy
Previous Post