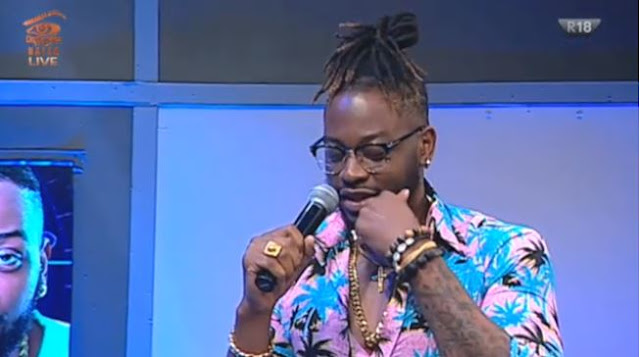 The ex-housemate, who openly portrayed himself as an ‘Alpha Male’ and overtly nursed his ambitions to own a record label while in the house, has named his record label ‘Alpha Records’.

The new C.E.O of Alpha records shared the news with his followers on his social medium platform.

Teddy A held a question and answer session (Q&A) on Twitter shortly after announcing the birth of his new record label.

The artiste developed a romantic relationship with fellow ex-housemate Bambam and the two have been seen on media duties together since coincidentally leaving the Big Brother house the same week.

However, Teddy A dismissed ideas of signing Bambam into his new record label.

He wrote during the Q&A session @BadmanTeddyA “For now the goal is to put out great music for the fans”.

Following his eviction, the ex-housemate is getting the attention of A-list Nigerian music artists.

Afro-pop artiste Iyanya invited Teddy A to work with him shortly after his eviction.

@Inyanya “Yooooo Teddy A, please hit me up once you get into Lagos. Let us cook a banger!

Award-winning Nigerian artiste, Olamide hinted he was working on a collaboration with Teddy A shortly after the latter was evicted from the BBNaija house.

“About to drop some new music with my bro @iamteddya anticipate.

Prior to his appearance on BBNaija, Teddy A was signed to ‘Big A Entertainment’ however, he has not made any statement about his affiliation with Big A entertainment at the moment.