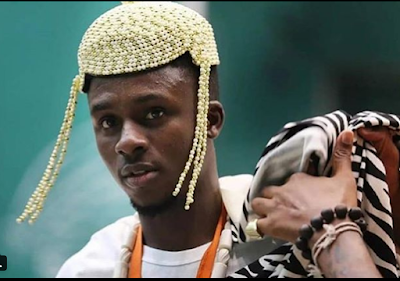 According to online reports, a lady simply identified as Dodo is allegedly Lolu’s girlfriend whom he was hiding from his in-house lover Anto.

Since the start of the ongoing reality game show, Lolu has been all over his love interest, Anto despite having a girlfriend outside.

Anto who was earlier on evicted got to know that he had someone outside and her hopes of starting a relationship with him outside the house were dashed.

She was quite understandably pissed at him for using her and was initially ignoring him when she returned to the show.

They just recently made up after much pleading on his part although nobody is sure of where their relationship is herding as she just allowed fellow housemate, Tobi to paint her bare bum much to the disdain of Lolu.

Not much is known about his alleged girlfriend at the moment,

See her photo below: 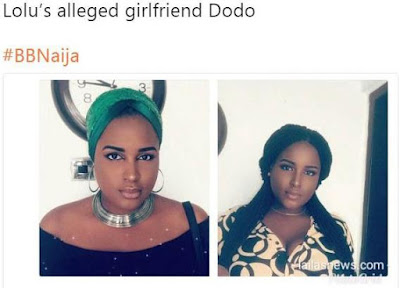