#BBNaija: “My apology is your cup of tea” – Cee-C fires Tobi 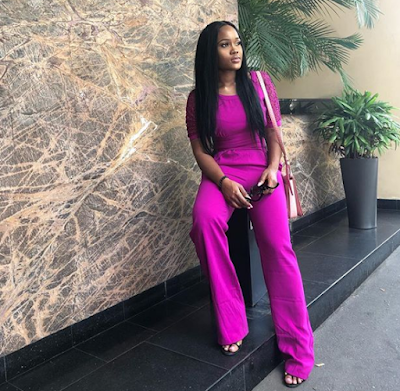 Controversial Big Brother housemate, Cee-c has said she does not owe Tobi an apology outside the house.

Tobi had earlier said he deserves an apology from Cee-c outside the reality show owing to insults hurled at him.

“I don’t want to sound defensive in here but the truth is I don’t think I owe Tobi any apology as at now. You know why? Because I have already apologized for using certain words at him; that is, what I know I said wrong. When I went into the house, I didn’t ask Tobi to come around me, I didn’t force him to like me. He should have simply walked up to me to tell me what I did wrong. One thing I know I did very wrong was the day that I used a lot of bad words to him, for that I apologized to Tobi.
“I apologized not because he wasn’t wrong or didn’t do anything to me, but because good attitude is all that matters. I felt like that is not who I wanted to be. I don’t want to hear Cee-c is this, Cee-c is that, and I don’t want that for myself either.
“Everybody watched the show; you all saw what went down in the big brother house. You all saw what Cee-c did wrong, what Tobi did wrong. I agree I was wrong by using certain words at Tobi and I apologized to him. Whether he thinks it was a game of whatever, that’s his cup of tea and he can drink it.”