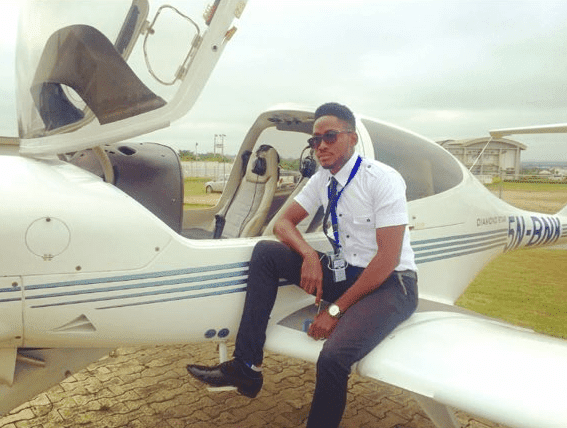 Miracle has won the BBNaija 2018 edition, the Prize of N45m in total. Miracle is walking away with it, after 85 eventful days in the House, full of hope, intrigues, sex, betrayal, and anxiety.

In his comment at the final event, General Manager, Marketing and Sales of MultiChoice, Martin Mabutho, said Double Wahala was “served hot.”

Miracle won with over 38% of the entire votes cast. In all, 170 million votes were cast in the 85-day event, with 30 million votes coming in this week alone.

Miracle goes home with N45m comprising:
N25m in cash
A brand new SUV worth N12m
An all-expenses paid trip for two to an exotic destination valued at N4.7m
A complete home entertainment system and appliances worth N3.3m.

Miracle’s real name is Miracle Igbokwe. He was born on the 17th of February 1995.

Newly graduated from the aviation school, Miracle flies into the House with his pilot license firmly in hand. He feels grateful for everything in life as he knows how financially difficult it was to get there.

Miracle’s love of dancing and camping is only parallel by his sense of fashion, especially his skinny jeans. Miracle hates inequality and says he’s not in the game for the money.

When he was asked what irritates him most in other people, he said, “People being fake makes me not to trust them.”

As to what he brought into the BB House, he said, “I want to bring confusion among the ladies.”

‘What will you do with the prize money’, he was asked; to which he said, “I’ll use part of the money to further my pilot training and the rest to help my family.

Miracle and Nina had the first kiss and make-out session in the house. They both made it to the final five, but Nina was among the three final evictees on the last day of the reality show, leaving Miracle and Cee-C to contend for the coveted prize.

While in the house, Miracle was once embroiled in a drama when a wedding band was spotted on his ring finger in some old photos that Nigerians dug up.

His brother, Samuel debunked the claims that Miracle was married. He also explained how the ring on his finger came to be.