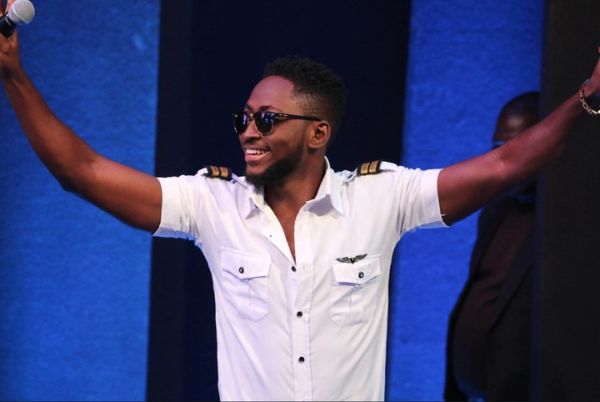 Miracle Ikechukwu Igbokwe, who emerged winner of the third season of Big Brother Naija, and walked away with a treasure chest of spoils has received his N12m Mercedes Benz price.

The young pilot was awarded N25million in cash and N20million worth of gifts, including an SUV Car, N4.7 million all-expense paid trip for two and an N3.3million entertainment set, which adds up to the N45 million grand prize.

Miracle who was a force to be reckoned with when it came to the games and competitions in the Big Brother Naija house also an N1million cash prize from Payporte Arena Games and N200,000 from the final wager.

He also won the Pepsi Refresh Your Mix which fetched him N1 million and a trip to Dubai for the One Africa Music Fest, and a year’s supply of Pepsi and Aquafina. The much-loved reality star also won N500,000 from the Close-Up task.

An estimate of Miracle’s winnings in cash prize, assets, and in paid vacations adds up to a staggering N67,700,000.

On his return to Nigeria after an intense 85 days in the Big Brother house, Miracle was on Saturday at a star-studded ‘Homecoming’ event in Lagos, received his N12 million Mercedes Benz SUV.