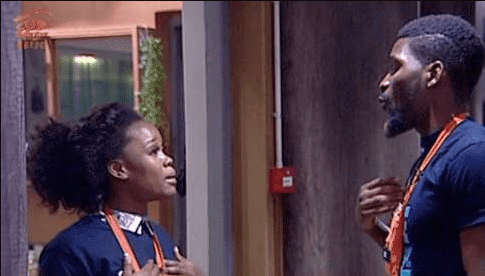 Big Brother Naija 2018 housemate, Cee-C has apologized to Tobi after verbally attacking him.

Cee-c had on Wednesday accused Tobi of gossiping about her with other housemates and decided to challenge him face-to-face, asking him to talk right before her instead of gossiping.

This caused her a strike from Biggie after he replayed the video of the fight to housemates.

Biggie announced that Cee-c had provoked Tobi with her words, even as he hailed Tobi for controlling himself by ignoring her.

However, after the whole incident, CeeC apologized to Tobi for the mean words she said to him.

She said “The insults came from somewhere. It came from the build up.

‘When I am really angry I have explosions like this that I could not hold it.

“There were times I knew I could have stopped but I felt like I needed to pass a message to you.

“Now I know there are better ways to have passed this message. I’m sure you are not used to me saying sorry but honestly, I am sorry about the words I said to you.

“I hope I become a better person and learn my lesson from the strike.”

Dr. SID gets harassed by Sars officials, mistake him for yahoo boy