#BBNaija: Cee-C is a bad friend, she says rubbish behind me – Bambam 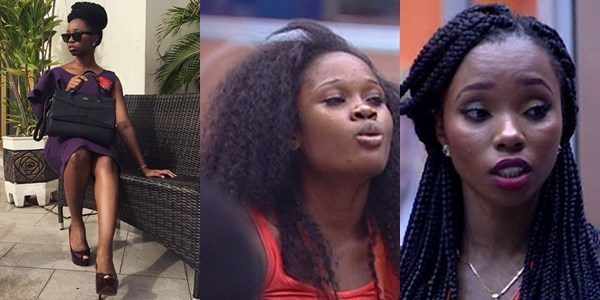 Bambam made this statement while on her media tour with fellow evictee, Teddy A, at the NET office.

Bambam in her interview acknowledged the fact that Cee-C is intelligent, but she was surprised to later discover that she spoke so many ills of her despite portraying herself to be a true friend while she was in the Big Brother Naija house.

Cee-C had always been supportive to Bambam while she was in the house and this made her confide so much in her with the thought that she meant well.

And just yesterday, while speaking with Khloe, Cee-C had mentioned that she knew Bambam was only attracted to Teddy A because of his physical appearance and she is ready to take any sh*t from him due to her soft nature

The promised ‘double wahala’ drama heated up last week following the epic eviction of BamBam after the Saturday night party followed shortly by the eviction of her love interest Teddy A on Sunday.

The couple had provided constant romantic moments on the show and the self-described ‘alpha male’ Teddy A couldn’t help but shed a few tears when his girlfriend was evicted on Saturday night.

Their departure from the house came as surprise to many fans of the reality game show but they have however been welcomed back into the country like winners.

At one of the media tours, Teddy A mentioned that he was so surprised that Nigerians will choose other housemates over himself and Bambam. In his own opinion, the duo has performed better that the other housemates that were nominated for eviction.

"Politicians have disappointed a lot of entertainers" - Vector

VIDEO: Ruggedman – Is Police Your Friend?

VIDEO: Ruggedman – Is Police Your Friend?