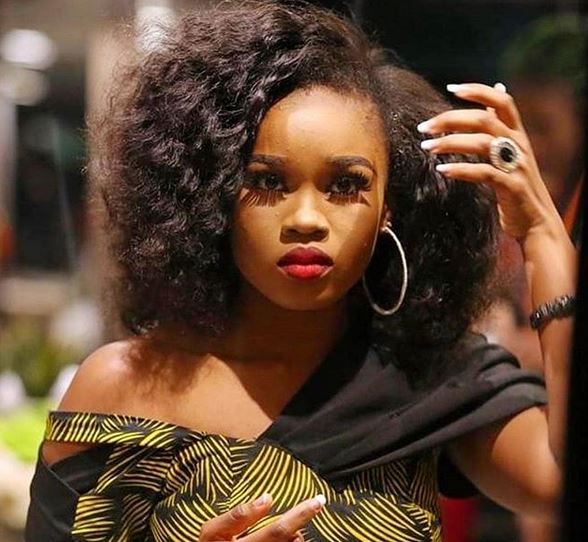 The controversial BBNaija first runner-up continues to defy popular beliefs that her poor attitude will hinder her from stardom and endorsements.

According to report, Team Cee-c raised the sum of N2 million for her to ensure she does not go home empty-handed.

The gifts and endorsements continued to flood in for the ex-housemate as an American store called Slim Girls Shape Wear had endorsed Cee-c and Nina.

The store, which had in the past endorsed Khloe Kardashian, Blac Chyna, and Amber Rose, revealed on their Instagram page @Slimgirlshapewear.

“Today, we announce that we are offering Cynthia Nwadiora and Chininso Nina an opportunity to be our first Nigerian Brand Ambassadors for our product lines including, affordable shapes wear, swim wears and other clothing.

Another viewer of the reality TV show also gave Cee-c an N100,000 worth of clothes from popular Lagos clothing brand KY luxury.

The cheerful giver chose to remain anonymous, while he instructed KY luxury to get in contact with Cee-c to let her know.

An anonymous person, who claims not to be a fan of Cee-c has chosen to reward her because she believes the ex-housemate must have learned some life lessons and shouldn’t be chastised rather should be embraced at this point.

“It’s weird though that the first runner has no prize at the show but I can undo that. I want to award Cee-c N250,000 because I preach daily, every participant is a winner and a little smile will look good on her.’’

The hashtag #Ceecmadebbnaijarockis currently the number one trending topic in Nigeria.

Many viewers were adamant that she was the star of the show as she brought the double wahala to the game.

#BBNaija: “There’s a Cee-C in every woman” – Basketmouth defends Cee-C

#BBNaija: "There’s a Cee-C in every woman" – Basketmouth defends Cee-C