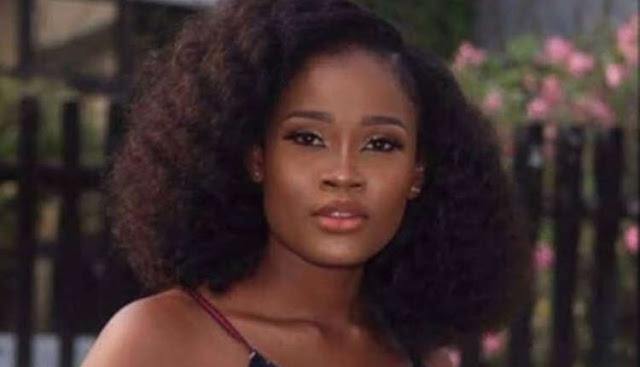 The second runner-up of the just concluded reality TV show, Cynthia Nwandiora a.k.a Cee-C was harassed by overzealous fans who chastised her for some of her actions and inactions on the show.

Cee-C who returned to Nigeria on Monday evening was stunned by the mammoth crowd she saw at the Muritala Muhammed International Airport. Cee-C’s security officials could barely pull her away from the rowdy mob.

Recall that Cee-c had earlier predicted that she might probably be harassed by Nigerians upon her arrival.

According to her:”Anybody, even my father, that wants to say any useless thing about me after the show, should keep it to himself. I’m saying it makes so he could hear now”.

”Even in this house, do you know how many people have told me how to behave? Like, do they even know my age?

”Where have they been all my life, they think because they know me for three months they now have the right to talk about me.”