#BBNaija: Cee-C Addresses Ebuka Claim Of Not Knowing Her 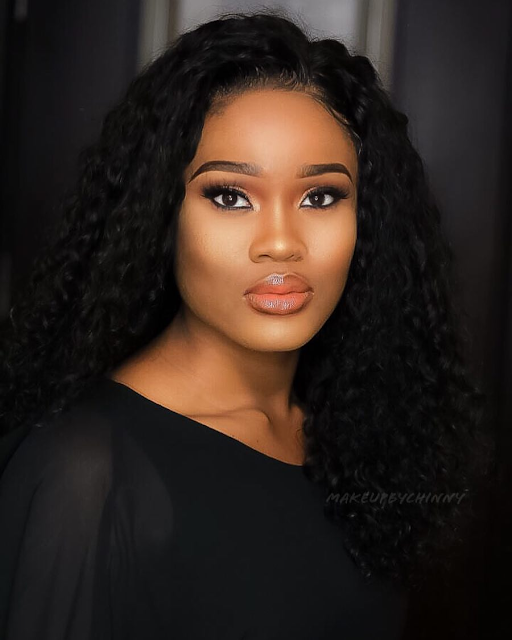 Cynthia Nwadiorah, the former housemate of the just concluded Big Brother Naija 2018, popularly known as Cee-C has addressed the controversy trailing her and the host of the show, Ebuka.

Speaking in a recent interview on Beat 99.9FM in Lagos, Ebuka Obi-Uchendu was quoted to have said that he has never in his life met Cee-C before, as the first time he’d ever meet her, was on the stage of the just-concluded Big Brother Naija 2018.

Ebuka had said; “To the best of my knowledge, the first time I met Cee-c was when I spoke to her on stage during the show. The reason I didn’t debunk it was because I wanted it to die naturally. It was a very stupid rumor and I didn’t want to give life.

“Apparently she came to market something to me, in some event, I mean, I attend so many events in Lagos. I’m not supposed to remember everybody. Apparently, this happened at Terraculture, nothing about this came to my mind until I heard what she said during the show.

“I think she has a crush on me. But I don’t know what else she has on her head. I’ve never spoken to her except while in the house when I was doing my job.”

In a determined bid to paint Ebuka a liar, Nigerians dug up and leaked a photo of Ebuka interviewing Cee-C during her “pageant” days.

The controversial Cee-C in a lengthy Instagram post has finally addressed the issue and urged her fans to let it rest.

She said that the fact that someone met you at an event doesn’t mean the person remembers you, and since Ebuka who is huge in the industry probably meets over 100,000 a week, he, therefore, has every right to say he has not met her.

It’s been a very busy and successful week, having different media rounds with the amazing people of @dstvnigeria @supersporttv @africamagic @payporte @minimienoodles @danomilk @beatfm @hotfm_lagos @closeupnigeria @wazobiafmlagos.
I know I have a lot to address and answer but I want to address this particular issue.
An interview with someone I respect, admire and see as my mentor was drawn to my attention. Like I said in the house I met @ebuka at an event he hosted, Yo!!! the fact that you meet somebody doesn’t mean that the person has to remember you. @ebuka is HUuuuGE in this industry and probably meets over 100,000 people a week, so therefore he has every right to say he has not met ME.
What I said in the house was from the view of someone who does not understand the industry. Guys I have met and had conservations with a lot of people this week, that would as well say they have met me this week too and I can’t even remember.
To my fans, I do appreciate you all for always having my back, mehn!! where did you guys get that picture from???
I advise we take it easy with the bashing, negativity, etc
Love You All,