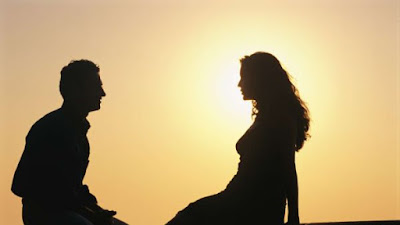 Insecurity in relationships happen as a result of what really goes on between those involved.
In the present day it’s become common sight for people in relationships to tolerate each other without necessarily being in love, with some just tagging along with each other to fill in a void or hopefully get married (in cases of those desperate to get hooked!) the issues within the relationship is usually something those involved can pin point but in all honesty those involved see signs whether or not the relationship will work or otherwise.
For those confused about where they stand or where the other party stands, there are simple signs that can stand out the other party as one to go the extra length with:
1. He/she is not abusive (verbally or physically)
If the man/woman you are dating supports with kind words even when someone goofs in the relationship, he/she doesn’t look for an opportunity to physically abuse (think slaps, punches etc) or verbally abuse the other person even in the face of provocation then that person is one to grow with.
2. With them cheating isn’t even an issue
When he/she has gotten to a stage where cheating doesn’t even cross their mind! They are faithful to a fault- usually with this kind of people you’d know- they don;t have roving eyes, take opportunities, do not have suspicious ‘friend’, ‘business partners’ or ‘call contacts’ they can’t explain then cheating would probably never be a thing and growing with/entering the next stage with this kind of person is not a bad idea.
3. He/she never has a bad thing to say about others
When dating a person that rarely/never put others down then that’s a good sign about someone who has a good heart. If your partner has nice things to say about others, treat others well (treats you even better of course) then he/she is definitely not one to be let go.
4. He/she takes responsibilities for actions
People who take responsibilities for their actions, admit their wrongs etc in relationships are people to go on to the next stage with.
5. He/she has your back every time consciously or unconsciously
When with someone who supports you/every thing you do, are your biggest cheerleaders and more then they are worth being with!

5 reasons why you have to take your Ex back

Topsy Gaga & Ruggedman Are Working On Something New