10 Celebrity marriage that broke our heart 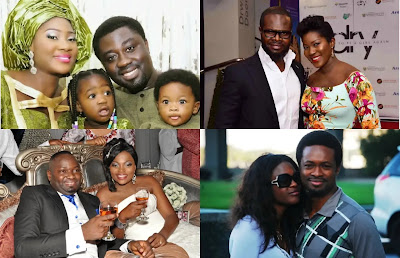 No longer does it come as a surprise when some celebrity couples break up, but there are some splits that crush us. Images of those golden couples have been created in our imagination and take the liberty to imagine a picture perfect romantic relationship between them.

Mostly, we know nothing about their personal trials, their commitments, their vision of a relationship and their expectations from it or the stress they have to deal with being in a relationship that is under the scrutiny of the public all the time. But we look up to them.

We believe that the unlikelihood of them becoming famous and holding on to that fame amongst the myriads of people living in this world must be indicators that they are superhumans, knowing how to live a perfect life. But they have heartbreaks too. And that is why, maybe, somewhere it breaks our heart when they split up.

Let us have a look at the list of some of the famous celebrity break-ups that left us absolutely heartbroken.

Fathia Zenabu Williams married Saheed Balogun on September 7, 2000. For few years the couple seemed to be fine and peaceful. They welcomed their first child in 2002, and in 2005 they had a daughter. But in March 2006, Fathia and Saheed suddenly split. They officially got divorced in 2014.
To this day, nobody knows for sure what happened. Some say that Fathia was cheating on Saheed, while others claim that things were the other way around. A few even go as far as to say that both of them had been unfaithful in the past. Many fans of these actors were pained at their separation.

The 3-year-old marriage between a popular radio presenter, Omotoke Makinwa and her estranged husband, Maje Ayida came to an end in March 2016.
Toke asked the court to dissolve the marriage on the grounds that the husband committed adultery, She said since their marriage was contracted, the husband had “behaved in a way she could not reasonably be expected to continue to bear”.
She also said the husband was cruel towards her, adding that their differences became irreconcilable.

“Leave God out of feminism” – TBoss

Toyin Abraham met Adeniyi Johnson on a set of one of her movies in 2012. They got married in July 2013 and everything seems to look perfect.
In early 2015, Toyin accused Adeniyi of cheating and temporarily let him. The break-up did not last long, as a few months later she was back, claiming that everything was back to normal. Again, Toyin left Niyi with the fact that Johnson cheated once more. While the first time it happened, there was no solid proof of it, this time around Toyin has allegedly caught her husband in the act.
After that, Adeniyi has made attempts to bring his estranged wife back. He even admitted to cheating on his social media, but Toyin was not having it. Her decision to leave her cheating husband seemed to be set in stone, and this time, there was no turning back.
People rarely forgive their partners for cheating on them, and Toyin is no different. The hurt was too much to bear for her, so she decided to call it quits on this marriage.

The actress and her former partner parted ways early year 2016 but kept it off social media. They got married in December 2014.
In January 2017, on her birthday Ibinabo Fiberesima published a long post on Facebook from which readers learned that she had parted ways with her husband.
Their wedding was earlier reported to be fake, as it was said to be a contract marriage. Ibinabo, who is in her late 40s denied the story as fake but later confirmed that her marriage is over.

Lilian Esoro is said to have split from her husband, after the birth of their son, over alleged reports of infidelity and domestic abuse.
Lilian Esoro and Ubi Franklin got married on November 1, 2015, in a high-profile celebrity wedding. They welcomed a baby boy, Jayden on July 18, 2016.
In October 2016, a year after their marriage, it was noticed that Lilian did not appear with Ubi at the opening ceremony of his newest business venture. This caused the rumors that the celebrity couple had divorced.
There have been reports that Ubi Franklin cheated on Lilian Esoro, and this is the true reason for her being mad at him. But there were no official confirmations of these gossips.

The marriage between veteran actor cum producer, Fred Amata, and Agatha, a popular TV personality, hit the rock after it was alleged that Agatha was cheating on Fred.
Though Agatha denied the allegation, all her effort to prove herself a faithful wife was not enough as Fred rushed to the court to file for divorce.
In an interview with Fred in 2016, when he was questioned about his relationship with Agatha, he said; “We have been separated for many years and a lot of water has gone under the bridge. We have been friends for many years. In a couple of years, the quarrel was over. We became friends and then separated. And that is still the situation.”

Mbong Amata, the Nollywood actress married Jeta Amata in 2008. She separated from the filmmaker in 2013 and divorced him in 2014.
Jeta and Mbong have one child, a daughter.
Mbong, speaking about her split from Jeta Amata said, “I had dreams and aspirations as a young girl and I had my career ahead of me though I got into marriage at a very young age. At some point, one had to give way to the other.”
Meanwhile, Jeta, on the other hand, has a different reason for their separation. He said, “Mbong got tired because I didn’t give her as much room as I should have. She is an actress, I’m a director, I insist on the kind of job she should take.”

Monalisa shocked her fans when she announced years back that she has left her marriage over domestic violence and abuse.
Practically ran for her life, which sparked a controversial war of words between Dejo and Mr. Kool (Monalisa’s Uncle).
Dejo Richards has since been married several times to different women.

Doris Simeon and Daniel Ademinokan were one of the most admired Nollywood celebrity couples and their fans hoped their marriage would stand the test of time.
In an interview on TV, Doris was asked about her failed marriage to Daniel Adenimokan. “This man asked for divorce over seven times, long before we finally separated. At every little problem, he would say 10‘I want a divorce, I want a divorce.’ She said.
At some point, I just realized that he had made up his mind finally. I convinced myself to just try and move on with my life also. It took me a year to get to that point, but in between that time, I was trying to focus my mind on other things such as work.”

Funke Akindele’s and Alhaji Almaroof got married in 2012, they lasted for one year.
Funke’s marriage to Alhaji Almaroof crashed barely after a year.  Almaroof, the man who stole Funke’s heart last year, swept her off her feet and landed her on the altar, has become a serial baby daddy, keeping a string of affairs, and even returning to the women he had prior to the celebrity wedding with Funke Akindele, it was only a matter of time before it was all out in the air

Its heart breaks to fans seeing celebrities they love not making it to the very end of their love-journey. But then again, at times, love is better off without a name and at other times, it is best forgotten.