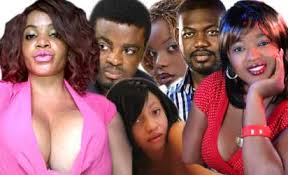 Not all marriages are made in heaven, so sometimes people exchange wedding rings and break their vows after a while.

This happens to both regular people and celebrities. Here, we will tell you about 10 celebrities whose marriages collapsed within 24 months

One of Nigeria’s most prominent female celebrities Lilian Esoro married Ubi Franklin in November 2015. It is believed that their marriage did not live to the first anniversary, although none of the spouses have openly laid downs the reasons for their breakup. The former couple also has a son.

The union between Toyin Aimakhu and Adeniyi Johnson was seen as another celebrity marriage that would test the sands of time. They looked young, happy and ready to make things work. They didn’t waste time as they walked down the aisle on July 8, 2013.

This marriage, however, didn’t last, because, by 2015, they had separated over allegations of infidelity. Their separation was so messy that it became the major headline for all bloggers for a long time.

Tonto Dikeh got married to a businessman, Churchill Oladunni in August 2015. The early stage of their marriage was filled with so much love and romance as the couple couldn’t take their hands off each other whenever they came out in public or posted pictures on social media.

However, it didn’t take long before the marriage crashed. It started with allegations from both quarters about domestic violence. It got so bad that Tonto Dikeh had her bride price returned to the family of Churchill Oladunni.

“My next album will be controversial” — Falz

Ibinabo Fiberesima, former President of Actors’ Guild of Nigeria, AGN, and mother of four, union with Uche Egbuka did not last as long as she would have loved. In January 2017, on her birthday Ibinabo Fiberesima published a long post on Facebook from which readers learned that she had parted ways with her husband.

The wedding took place in December 2014. The marriage lasted less than two years.

Nigerian actress, Uche Iwuji, union with Juwon Lawal did not only end with a child, but also some drama. The alleged reason for the divorce is that Lawal shared naked photos of his wife on social media, although Lawal also had his version of the reasons for their crashed marriage. As a result, there was a scandal that led to a dramatic separation. Uche regretted that unreasonably spent the time of her life.

The marriage only lasted 15 months.

Actress Uche Ogbodo and Ato Ubby (ex-footballer) lived as happy spouses only for a few months. There were reports alleging that she left her husband because of his brain tumor. The Nollywood stars denied the allegation and claimed that lies destroyed her family.

Stella Damasus and Emeka Nzeribe whom she got married to in a low-profile, have gone their separate ways.

I Have The Phone Numbers Of 13 Presidents – Davido

Actress Funke Akindele got married to Alhaji Almaroof in what was unarguably one of the biggest weddings of 2012 but the union had been plagued by speculations and controversies from the get-go.

Funke Akindele released a press statement through her spokesperson confirming the end of her marriage to Alhaji Kehinde Almaroof thereby putting a rest to the various speculations that had made the rounds since ex-hubby Kehinde Almaroof let out the break-up bombshell via his Facebook page.

This marriage only lasted 413days
9. Chiege Alisigwe and Tony Ebbe

The very beautiful Chiege was once married to Tony Ebbe, a senior police officer.

The marriage produced a daughter. Chiege disclosed that her marriage to Mr. Ebbe lasted for just 3 months.

Kenneth Okonkwo married the only daughter of CPM General Overseer, Ogechi Ezekiel. Their marriage lasted barely for two years and it ended in 2002.

The crashed marriage which produced a son shook the industry as Kenneth had turned born-again even before they got married.

A high level of divorce is observed in our society today. In the previous years, marriage was perceived with great respect, it symbolizes strong love. Today the situation has changed.

However, it’s recommended not to pay attention to negative trends. If two people want to be together, with love it will definitely work out.

Limerick Set To Drop A New Banger With Dremo

Limerick Set To Drop A New Banger With Dremo